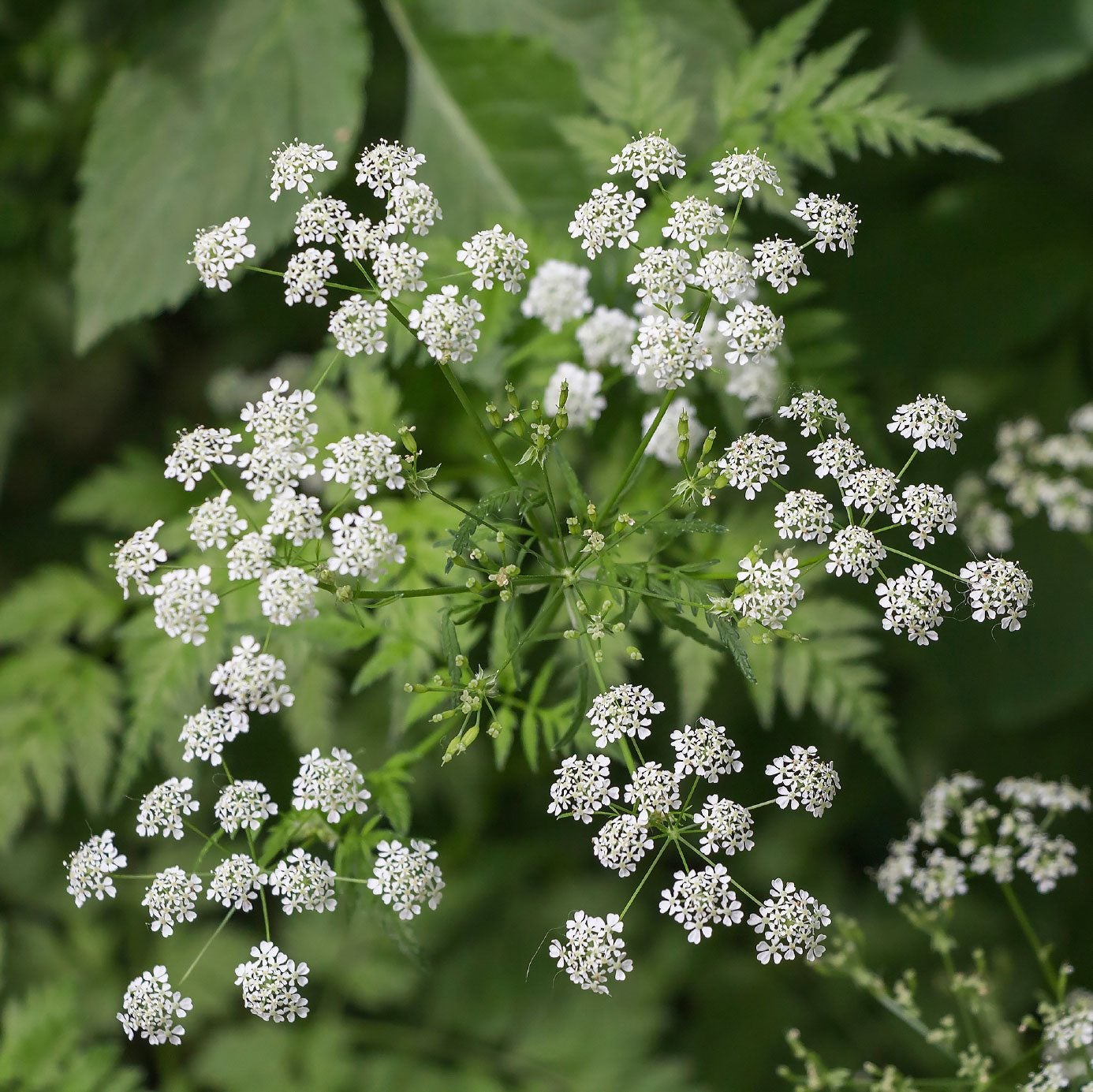 Identifying poison hemlock is important when you want to keep this plant out of your home and garden. This is because the hemlock plant can be dangerous to humans. This article will give you information on how to identify poison hemlock, the symptoms of poison hemlock poisoning, and how to control the plant.

Often mistaken for a member of the carrot family, the poison hemlock is a poisonous plant that can cause skin rashes, leg deformities, respiratory failure, and abnormal curvature of the spine. It is also highly poisonous to humans and animals.

Poison hemlock is a hairless biennial plant that grows four to eight feet tall. It is native to Europe and Asia, but is now naturalized in North America. It grows in pastures and along roadsides, as well as in degraded wetlands.

Poison hemlock has a strong, pungent odor. The flowers are white, umbrella-like clusters, and produce copious amounts of seeds. The seeds are very poisonous.

Poison hemlock is one of the most poisonous plants in North America. Its compounds are highly toxic to humans, animals, and plants. When they are ingested, the plant’s juices are said to cause respiratory arrest and death.

The compound leaves are hairless and lanceolate to ovate in shape. They have small, dentate leaflets. The ultimate leaflets are pinnately cleft.

The root is a simple carrot-like tap root. It is more poisonous than the rest of the plant. During the spring, the plant grows rapidly. It is recommended that livestock do not graze on the plant.

Poison hemlock has the ability to spread through its root system. This can result in dense stands of the plant if left unchecked.

Often misinterpreted as a wild carrot, Poison Hemlock (also known as poison parsley) is a highly toxic plant that can be harmful to both humans and livestock. Poison Hemlock can quickly invade pastures and riparian areas and can outcompete other plants.

Poison Hemlock grows in moist, wet areas. It is a biennial plant that grows in two years. In the first year, it grows as a rosette. In the second year, it forms white umbel flowers on tall stems. The flowers bloom in late spring and early summer.

Poison Hemlock is native to Europe but is now found in North America. It was brought to the United States as an ornamental garden plant in the 1800s.

Poison Hemlock grows two to 10 feet tall. The plant has a hairless stem and a deep taproot. The leaves are alternate, green and fern-like. They have a unique parsley-like scent when crushed.

Poison Hemlock is considered one of the most toxic plants in North America. The roots, leaves and seeds are highly alkaloid-rich. They are also toxic to cattle, sheep and other livestock. Cattle can be poisoned by as much as 10-16 ounces of green leaves. They can also suffer from crooked calf disease.

Hemlock is a member of the parsley family (Apiaceae). Some plants in the family, like Queen Anne’s lace, are considered edible. Queen Anne’s lace has umbrella-shaped clusters of small white flowers. These flowers have three-pronged bracts.

Herbicides can be effective for controlling the plant

Using herbicides to control poison hemlock is an effective method of reducing the number of plants on your property. However, you need to remember that poison hemlock is a noxious weed that can be harmful to humans, pets, and livestock.

Herbicides are effective for controlling poison hemlock when applied to plants in the dormant and rosette stages. However, they can be less effective when applied to mature, flowering plants. Depending on the type of plant infestation, spot treatment may be a better option.

Poison hemlock is a non-native weed that was introduced into the United States in the 1880s as a garden plant. It is now considered an invasive weed. It has become a summer scourge in Greater Columbus in recent years.

Herbicides are available to both residential and commercial users. They can be applied by licensed applicators. There are several types of herbicides that are effective against poison hemlock. However, the most effective herbicides for controlling this weed are those that contain dicamba or 2,4-D.

These herbicides are most effective when applied to rosette stage plants. They are also effective on seedlings and small infestations.

Poison hemlock is easily controlled in early spring, when it is in the rosette stage. However, it is more difficult to control poison hemlock when the flowering stalks form. A more effective control method is to mow the plant. However, you should wear protective eyewear to reduce the risk of exposure to small particles of poison hemlock that may be emitted during the mowing process.

Unlike most weed seeds, poison hemlock seeds do not germinate in a single season. Instead, they germinate over a period of time, and remain viable for two to three years.

The seeds of poison hemlock are mainly transported by water, birds, and rodents. They are most harmful to livestock and wildlife. They are poisonous to cattle and sheep, but are less toxic to goats and horses.

Poison hemlock can grow to two to ten feet tall, and can be found in pastures, ditches, fencerows, and community gardens. It also grows in floodplains of natural aquatic systems.

In the Pacific Northwest, where poison hemlock is commonly found, it is a serious problem. In this area, hemlock is the leading cause of poisonings in cattle and goats.

The hemlock plant produces thousands of seeds. Of these seeds, only about 15% remain dormant. The dormant seeds wait until conditions are favorable, such as high temperatures and moisture in the soil.

During late summer, poison hemlock seeds can be easily scattered by mowing or water. To keep poison hemlock from invading your land, you should always mow in the late summer and early fall, and you can prevent it from re-emerging by mowing repeatedly.

It is also important to use protective clothing and equipment when working in an infestation. Also, take frequent breaks and wear gloves.

Poison hemlock is a non-native plant that was introduced from Europe as ornamental plants in the 1800s. It has since become widely distributed in the western United States.

Symptoms of poison hemlock poisoning include a fast heart rate, respiratory failure and convulsions. The plant is not only toxic to humans, it’s also a prolific seed producer. A plant can produce up to 39,000 seeds per plant.

The ole foxy plant has the requisite multi-branched stems, umbrella-like white flowers and bluish-green leaves. It also has a hairless stem.

The best way to control poison hemlock is to prevent it from growing in the first place. This involves a judicious application of herbicides to the foliage and turf. Herbicides such as clopyralid (Transline), glyphosate (Roundup) and dicamba have proven effective.

Symptoms of poison hemlock poisoning can be fatal. The plant is known to cause convulsions and respiratory failure in mammals. In Ohio, where it is becoming an increasing threat, there have been several deaths associated with the plant. In fact, one case involved a landowner who mowed a poison hemlock lawn and was hospitalized for 109 days. The plant is also known to hitchhike on mowing equipment and mower decks.

The name of the game is to prevent poison hemlock from infesting your property and your neighbors. There are several ways to do this including targeted elimination and non-selective herbicide applications.

The plant also boasts an impressively long life-span. A mature plant may grow to be 6 or 10 feet tall. To ward off this pest, protect your plants with long sleeves and gloves. Also, be sure to dispose of the plant in a way that limits its exposure to animals.

A great way to find out if your lawn has a poison hemlock infestation is to check the leaves for red blotches. This is a sign that the plant is ready to produce seed.