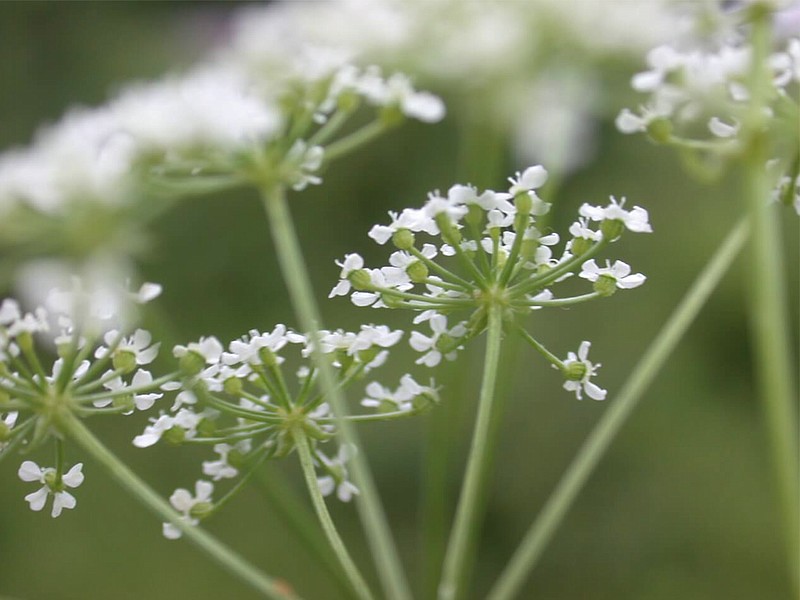 You may have heard the term Poison Hemlock and wondered what it is. This plant is a common ornamental but it can cause many serious health concerns if it isn’t handled properly. It is also known to spread in areas, including Ohio. In this article, we’ll explore its appearance, symptoms and how it is able to survive in our environment.

Symptoms of poison hemlock in humans

Poison hemlock, Conium maculatum, is a plant that can cause severe symptoms in humans and animals. It can also be fatal. The poisons contained in the plant are called alkaloids. If you suspect that you may have been exposed to hemlock, you should seek immediate medical attention.

Ingesting a small amount of poison hemlock can lead to severe illness. These symptoms can include trembling, muscle spasms, weakness, and respiratory failure. A person’s condition will depend on how much of the plant he has ingested, as well as the time it took for the alkaloids to enter the bloodstream.

Most cases of hemlock poisoning in humans involve children. They often mistake the plant for an edible one. However, it can also occur through a cut or inhalation.

The root of a water hemlock plant contains a toxic substance, cicutoxin. This substance can be absorbed through the skin, lungs, and digestive tract. Usually the first sign of a person suffering from poison hemlock is respiratory distress.

Another poisonous substance found in the plant is coniine. Coniine is a compound that is responsible for respiratory paralysis. Although this toxicity is fairly common in livestock, it is also very dangerous to human beings.

Symptoms of hemlock poisoning may appear within 15 minutes of ingestion. Depending on the severity of the toxicity, the patient will need to receive supportive treatment. Treatment can include securing an airway and intravenous fluids to prevent dehydration.

People who are especially susceptible to hemlock toxicity include children and livestock. A small dose of the plant can kill an adult. Toxins from the plant can be absorbed through the skin, causing an allergic reaction.

Symptoms of hemlock toxicity include respiratory failure and renal failure. In some cases, a person will need to be put on a ventilator for a few days.

Some people also develop contact dermatitis, which is a condition that occurs when the skin comes in contact with the poison hemlock. While the poison hemlock does not contain an antidote, the quick diagnosis and treatment can prevent the symptoms from becoming fatal.

Spread of poison hemlock in Ohio

Poison hemlock is a noxious weed that has become a common sight in Ohio in recent years. The plant, also known as the Queen Anne’s lace, has become a threat to public health because it is highly toxic to humans and animals.

This white-flowered, poisonous plant has gained a reputation as an invasive plant in North America. However, in recent years it has started to thrive in the central and northern Ohio areas. It can also be found in southern Ohio.

In addition to being a nuisance, this plant has the potential to displace native species and can harm wildlife. Its toxicity to mammals and humans is particularly dangerous, so it is important to keep this weed under control.

Poison hemlock has a life cycle that takes two years. The plant grows into a rosette in the first year. It then develops a flowering stem in the second year. These flowering stems are typically hollow, with purple blotches on the stem.

Seeds are also produced from the plant. Although the seeds are relatively small, they are very toxic. They are round and lined with vertical wavy ribs. If eaten, they can cause respiratory failure in humans and death in animals.

Poison hemlock is classified as a noxious weed in Ohio, but its spread is not yet under control. Jason Hartschuh, a scientist with Ohio State University Extension, says that eradication is unlikely in the short term. He cautions against torching or burning any hemlock plants, as the toxin could be released.

Poison hemlock can be difficult to identify, because it is similar in appearance to other species of plants. However, if you are unsure, a professional can help you. To dispose of the plant, shower and wash off any sap that may be on your skin.

A number of animals are susceptible to poison hemlock, but livestock are the most sensitive. Animals like goats, cattle, sheep, and horses are most at risk.

Poison hemlock can grow on fences and along roads. It prefers moist soil and is able to thrive in a wide range of conditions.

Poison hemlock is a plant that can be very toxic. It’s not just harmful to humans, but it can also be deadly to livestock. In fact, poison hemlock can cause birth defects in calves.

This plant is known for its toxicity, and it’s a big problem in North America. Although it’s not considered a noxious weed in Michigan, it can be a problem if not removed as soon as possible.

The best way to avoid it is to never eat it. The toxin can be found in all parts of the plant, including the seeds. If you ingest it, you’ll likely experience signs of poisoning, such as drooling and muscle tremors.

Poison hemlock is an invasive species. It grows in farm fields, along fences, and on roads. It’s been spreading rapidly in the last year. A variety called Western Water Hemlock, or beaver poison, is especially dangerous.

It’s a very aggressive weed. It has been reported in several counties in the Upper Peninsula and the Lower Peninsula. In Kalamazoo County, it’s already been identified.

If you’re planning to mow in areas where poison hemlock is prevalent, make sure to wear protective eyewear and gloves. Also, it’s important to take breaks when controlling the weed.

There’s no cure for poison hemlock, so it’s best to get rid of it as quickly as possible. It’s easy to identify when you know what to look for. You can dig up the plant and dispose of it in a yard waste container.

Once you’ve taken steps to get rid of poison hemlock, you’ll be on your way to having a healthier home. To get rid of it, you’ll need to use a herbicide, such as 2,4-D plus dicamba. However, a repeated application may be necessary.

Besides the toxins that it contains, poison hemlock can also be mistaken for wild carrots or parsley. It has small white flowers, and it grows in umbrella-shaped clusters.

Is poison hemlock a weed or an ornamental?

Poison hemlock is a noxious plant that grows on roads, railbeds, and disturbed areas. It can be confused with other plants in the carrot family. However, it is not edible, and it is highly toxic to humans and animals.

While poison hemlock is native to Europe and Africa, it has been brought to North America as an ornamental. Its seeds are often dispersed by water, birds, and rodents. These seeds have a long life span, and can remain viable for two to three years.

The invasive plant grows as a rosette of leaves in the first year, but does not flower. In the second growing season, it produces white flowers in umbrella-shaped clusters. Each flower has five petals, and each cluster is a little more than 2 inches wide.

When crushed, the poison hemlock leaves emit a strong odor. This is because it contains eight alkaloids. Once the plant reaches maturity, it dies back and its seed capsule splits open. There is one egg-shaped seed inside.

Poison hemlock is found throughout the United States, and it has recently expanded into more populated regions. Originally found only in Europe, it is now found in almost every state. To protect your land, you should identify it and remove it as soon as possible.

If you suspect that you have an infestation, contact an agricultural extension office. They can help you with the removal process. A good way to identify poison hemlock is by looking for its glossy green, lacy leaves. You can also check your local university cooperative extension for information on this weed.

To kill hemlock, you should use a broad spectrum herbicide. You should apply the herbicide when there is no wind and it is a targeted application. Otherwise, the herbicide may drift, killing other plants. Be sure to wear a dust mask. Wearing long pants and chemical resistant gloves is also recommended.

Poison hemlock is highly toxic, and it can cause abortions in cattle and skin irritation to humans. It can also affect the central nervous system and respiratory system. Symptoms of hemlock poisoning include difficulty walking, dizziness, and slowed heart rate.