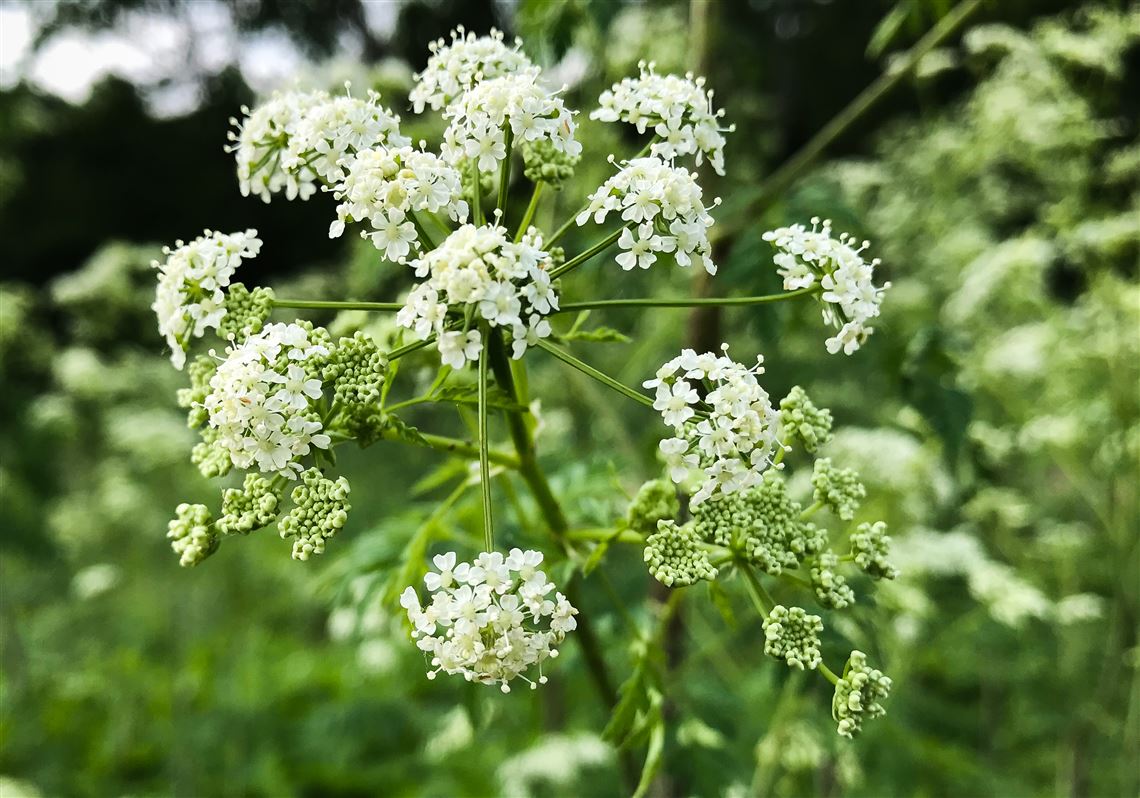 When it comes to the poison hemlock plant, there are a lot of different things to know. These include its life cycle, the symptoms it gives off, and how to control it.

The poison hemlock plant is one of the most deadly plants in the United States. Not only is it toxic to humans, but it also can cause fetal deformities in cattle and other domestic animals.

Ingesting a small amount of this plant can lead to severe symptoms. These include tremors, respiratory paralysis, and muscle spasms. If you think you may have been exposed, you should see a doctor.

The toxin found in the hemlock plant is called g-coniine. This compound has nicotine-like effects. It is responsible for the respiratory paralysis that is one of the most common symptoms of poison hemlock.

The poison can be absorbed through the skin, lungs, and mucus membranes. Symptoms of hemlock poisoning begin within 15 minutes of ingestion. They are usually non-specific, but they include nausea, vomiting, and difficulty breathing.

A person who has ingested a large amount of hemlock will experience symptoms that are less severe. These include shakiness, weakness, and difficulty walking. However, it is important to note that some of the symptoms are temporary.

For example, if the patient experiences a respiratory failure, they will require ventilation. In addition, they will have an intravenous fluid dose administered to restore nutrient levels.

A hemlock-contaminated gastrointestinal tract should be treated with activated charcoal. Medications that will help prevent dehydration are also available.

Hemlock poisoning is particularly dangerous for livestock, including cows, goats, and sheep. While some of the most sensitive domesticated animals are able to withstand the toxin, others can suffer severe side effects.

The poison hemlock, or Conium maculatum, is a highly toxic plant. It can be found in pastures, wetlands, and even waterways. All parts of the plant are toxic, including the stems, leaves, and flowers. Fortunately, there are several control methods for this noxious weed.

One of the most effective control methods is to use a broadleaf killer. Some popular options include glyphosate (Roundup), 2,4-D, and dicamba. This method can be especially effective when applied before the plant has produced flowers.

Depending on the size of your infestation, you may need to use a combination of herbicides. For example, if the infestation is large, you might want to combine a selective herbicide with a broadleaf killer.

Herbicides are available for residential and commercial users. Selective herbicides can be used to remove the plant, while broadleaf killers are most effective when applied to small infestations. However, for the best results, you should only use herbicides on plants in the rosette stage or seedlings.

Poison hemlock seeds are also a source of poisoning. As a result, if you have livestock, you will need to eliminate the plant from grazing areas.

You can also remove the plant yourself. This can be done with a shovel or string trimmer. Before doing this, you should wear a dust mask to avoid exposure to small particles.

Poison hemlock seeds remain viable in the soil for a number of years. When animals feed on the plant, the alkaloids pass into their milk. These compounds can affect the flavor and safety of the milk.

Herbicides are a very effective control method for poison hemlock. You should remember to follow the instructions carefully and make sure you apply the herbicide before the onset of spring.

The poison hemlock (Conium maculatum) is a highly toxic plant that can be deadly to humans and other animals. It is also a noxious weed that grows in pastures, fencerows, and other areas with waterways.

Poison hemlock is a biennial plant that spends its first growing season as a rosette of foliage. In the second growing season, it sends up a flower stalk and sets seeds. Once the seeds mature, the plant dies back and is no longer capable of re-flowering.

Poison hemlock is considered one of the most toxic plants in North America. Typically, it possesses a rank odor and alkaloids in all parts of the plant. Symptoms of the poison usually develop within 20 minutes to three hours of exposure.

The plant’s leaves are fern-like and compound. They have deep divided leaflets and sharp points. When crushed, the leaves emit a rank odor that resembles parsnip.

Poison hemlock is known for its ability to outcompete other plants. It can rapidly invade riparian areas. It can quickly overwhelm a pasture, and it is not only harmful to livestock, but to human and pet animals as well.

The plant has a long taproot that can grow up to two feet. Its hollow stems are smooth and green. Usually, the stems have purple spots.

Poison hemlock is toxic to humans, birds, and animals. Seeds are spread by wind or water, and may be carried by rodents.

To control an infestation, you should remove the plant and dispose of it in the garbage. You can do this by hand, using a trowel or shovel, depending on the age of the plant.

If your infestation is severe, you may need to use both manual and chemical methods to get rid of the poison hemlock. It is best to begin eradicating the plant early in its life cycle.

If you are trying to control poison hemlock, you have two options: herbicides or physical controls. Herbicides are often more effective for larger infestations, but the use of herbicides may be limited.

Poison hemlock is a non-native, invasive weed that can be deadly to humans and livestock. It is also known as Western waterhemlock, wild parsnip, or water pea. The plant’s root is extremely toxic.

For the most part, eradicating an infestation of poison hemlock will take a few years. However, there are effective, inexpensive ways to deal with the problem.

Using a weed trimmer to remove poison hemlock is a good idea. It is important to wear protective eyewear and clothing when cutting back the plants. In addition, do not tamper with the taproot. When you have finished trimming, cut the plants into sturdy plastic garbage bags.

Before you apply a pesticide to your patch of hemlock, you should read the label for directions. Also, pay close attention to the recommended rates.

Several herbicides are approved for residential use. These include 2,4-D, glyphosate, and triclopyr.

The most effective times to apply herbicides are early spring and late summer. Do not use herbicides on plants that are already mature. Instead, apply them to young plants or seedlings.

You will need to continue to follow up treatment for several years. This includes ensuring that the area is irrigated and that desirable forage species are present. Additionally, you may need to do some maintenance on your pasture to prevent new infestations.

Although poison hemlock is toxic to all animals, the most common victims are cattle and goats. They are especially sensitive to the plants’ toxins. As a result, they tend to avoid poison hemlock when other forage is available.

Poison hemlock is a biennial plant that grows in a variety of habitats. It is a noxious weed that can cause serious harm to livestock and wildlife. The plant is characterized by triangular, glossy leaves and hairless, umbrella-like clusters of white flowers.

It is widely distributed in the western United States and can quickly invade pastures and grazing land. It is also a serious threat to native plant communities.

In addition, poison hemlock is highly toxic to humans. A number of alkaloids are present in the plant. One of these compounds, gamma-coniine, causes respiratory failure in mammals. Some clinical signs of toxicity include frequent urination, trembling, nervousness, and skin rashes.

There are several ways to control poison hemlock. These methods include mechanical and chemical controls.

Mechanical control includes hand weeding, grubbing, and digging. Herbicides can be used to control poison hemlock. However, they are not effective unless the plant is young.

When using herbicides to control poison hemlock, make sure the area is free of animals. The herbicide may need to be applied multiple times for a couple of years. If the poison hemlock is infesting pastures, you may have to overseed with a grass species that is not considered noxious.

Seeds are the main means of reproduction for poison hemlock. Seeds can be easily dispersed through birds, water, or other sources.

When applied on mature plants, herbicides can reduce seed production. However, they are not as effective as when used on small infestations.

Biological control can also be used to control poison hemlock. This method aims to recreate the natural balance of an area. Unfortunately, this approach is not available for all species.

Chemical control is also a good option for larger populations of poison hemlock. Herbicides are available to both residential and commercial users.

How to Remove a Poison Hemlock Plant