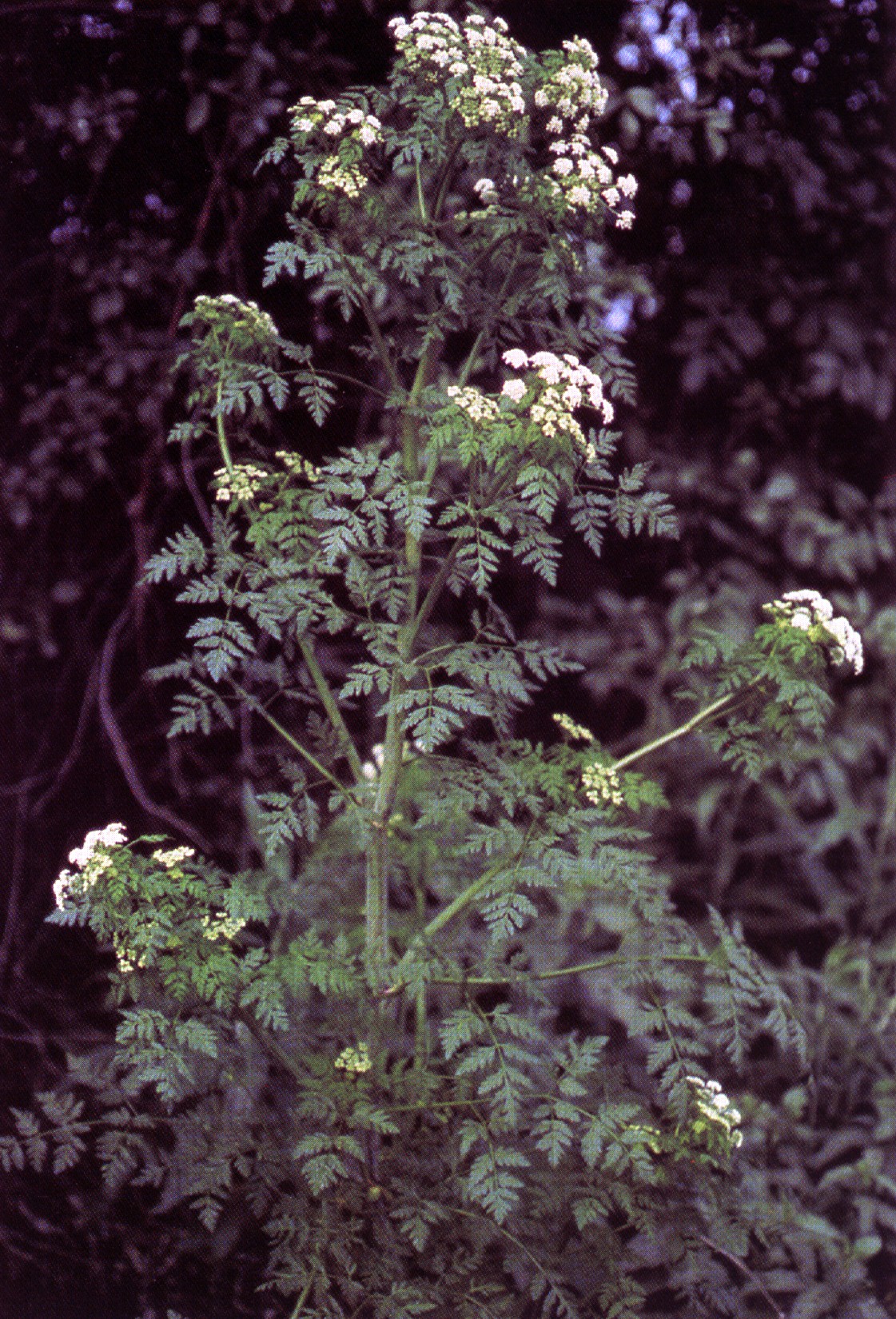 Symptoms of poison hemlock poisoning can occur within a few hours after ingestion of the plant. It is possible for the toxins to infiltrate the mouth, eyes, and respiratory tract. In addition, they can affect the nervous system and gastrointestinal tract.

Poison hemlock poisoning has no known antidote, which means it can be fatal if it is ingested. If you are unsure whether you have poison hemlock in your home, it is best to consult with your health care provider.

The symptoms of poison hemlock poisoning can vary in severity, depending on how much of the plant was ingested. In severe cases, respiratory failure and muscle paralysis can occur. Other less serious cases may include periods of coma. In these cases, the patient may need to be on a ventilator for a few days.

Water hemlock, also known as Cicuta maculata, is a plant found in North America. It is in the same family as celery, parsley, and carrots. It is toxic to humans, animals, and plants. When it is ingested, it contains toxic alkaloids that can cause respiratory and renal failure.

The root of water hemlock is toxic, but the plant also contains g-coniceine, a substance that is responsible for respiratory paralysis. This compound has nicotine-like effects.

If you believe you or someone you know has ingested poison hemlock, you should go to an emergency room right away. The symptoms of poison hemlock poisoning include dilation of the pupils, cyanosis (blue coloring), a weak pulse, rhabdomyolisis (muscle breakdown), and parasympathetic symptoms.

Some people develop skin rashes when they are exposed to hemlock. If you are pregnant, your offspring may also develop cleft palate and skeletal deformities.

The Washington Poison Center has treated 10 people this year for eating poison hemlock. In most cases, the plant’s alkaloids are absorbed through the skin, although they can also enter the body through the mouth or nose.

The symptoms of poison hemlock are similar to those of other common edible plants, such as poison ivy. The plant has a musty smell and can be mistaken for wild parsnips, carrots, and wild parsley.

Identifying poison hemlock is not difficult, but it can be difficult to distinguish it from other species of plants. It is common to find poison hemlock in fields and pastures at low elevations, and also on roads and railroad rights-of-way. It is a biennial plant that develops alternately arranged leaves on erect stems.

It can grow to over eight feet tall. Its leaves are triangular, fern-like, and glossy green. The leaves give off an unpleasant smell when crushed.

Poison hemlock grows in a variety of habitats, including along waterways, at low elevations, and in disturbed areas. It is highly toxic to both humans and livestock. In some areas, it has caused death in children.

It is a biennial plant that grows in areas with moist soils. It has leaves that are about one to sixteen inches long. They are triangular in shape, and the undersides are paler. It has hairless stems.

Its flowers are arranged in clusters of tiny white flowers. The five petals are flattened and usually have a purple spot in the center. The flower clusters are usually two to three inches in diameter. It blooms in the spring and summer, between May and August.

The plant is often found along the edges of cultivated fields and irrigation ditches. It grows at low elevations, and is easily transported by flood waters. It is regulated in Illinois by the Illinois Exotic Weed Act.

It is very toxic to livestock, horses, and elk, and can be fatal when ingested. Symptoms of poisoning usually appear within an hour after ingesting it.

It is not a good idea to burn poison hemlock. The burning residue may release toxins into the air. To prevent this, it is important to wear protective eyewear and a dust mask. You should also launder your clothes afterward to remove any toxic sap. It is best to dispose of the plant in garbage or yard waste.

In addition, controlling poison hemlock can be accomplished by limiting grazing in the affected areas. Animals are attracted to the hemlock’s floral scent. They can also be addicted to its alkaloids. The most common alkaloids in the plant are coniine, g-coniceine, and N-methylconiine. The alkaloids change in concentration depending on environmental conditions.

In addition to causing harm to livestock, poison hemlock can also cause significant damage to humans. Its toxicosis symptoms include trembling, muscular weakness, excessive salivation, cyanotic membranes, incoordination, and a rapid and weak pulse.

Poison hemlock is also known as water hemlock. It was introduced to North America as a plant ornamental, but it has spread to become a common weed throughout the western United States. It can also invade the floodplains of natural aquatic systems. It can also spread through seed, mowing, and rodents. Its leaves have a pungent smell when crushed.

Poison hemlock can be controlled with herbicides. However, these herbicides should be used on seedlings only. They are available to licensed applicators, and some are labeled for use in cool-season pastures.

Poison hemlock can also be controlled by mowing the plant. Repeated mowing will reduce seed production. However, it is important to remember that mowing will also reduce the competitive ability of poison hemlock.

Some poison hemlock herbicides may require repeated applications over several years. Other methods for controlling poison hemlock include irrigation and drainage. In addition, herbicides should not be used on mature plants.

Poison hemlock is one of the most dangerous weeds, causing significant damage to wildlife and livestock. To control poison hemlock, it is important to limit grazing in affected areas and eliminate seed production. It can also be contaminated with harvested hay, causing toxicity to animals.

Poison hemlock is not only harmful to humans, but it can also disrupt native plant communities. It can also displace forage plants. Its alkaloids can be toxic to animals and affect the safety of milk for human consumption.

Putting poisonous plants in garbage is not a good idea. These plants are toxic, and they will persist in the soil. The chemicals in these plants can be released when the plants are burned. If the plants are put in garbage, it is possible for people to get poisoned from the smoke. The toxins can also be transmitted through the smoke, and a blistering rash can occur. This is why it is important to dispose of these plants properly.

The best way to dispose of poisonous plants is to call a professional. Whether you’re dealing with poison ivy or poison hemlock, you should not burn the plants. Instead, you should dig them up and place them in a plastic bag for later disposal.